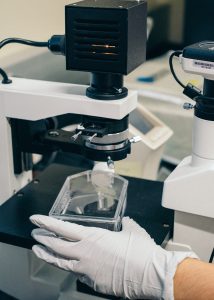 Compared to the previous year, the number of European patent applications filed with the European Patent Office (EPO) last year reached a new high of 174 thousand, says Enrico Luzzatto, Senior Advisor to the European Patent Academy at the EPO. He was invited to Lithuania by the Kaunas University of Technology (KTU) Doctoral School.

According to the expert, the rising number of patent applications is good news for the European economy. It indicates Europe’s ability to invest and compete in the global market. As for the recent trends in patented innovations, the near future predicts inventions that will replace autonomous vehicles, medical pharmaceuticals or computer technology.

But can Europe feel secure when patent applications from the ‘old continent’ comprise less than 50 per cent globally? Statistics demonstrate that the United States of America remains the most active in patenting innovations and the Asian countries are not far behind; China is showing the biggest breakthrough. What to expect for a country like Lithuania that is almost 10 times less than the European average?

According to Luzzato, the top three technology fields with the most applications are medical technology, digital communication and computer technology. Medical technology grew by 5 per cent last year, but the strongest growth was recorded in the life sciences, with pharmaceuticals and biotechnology, combined growing by 13 per cent.

About this and more in the interview with the expert.

In the European Patent Office’s experience, what sectors have had the most patents issued in the past five years? Which countries are leaders in European patent?

European companies were very active in seeking patent protection for their inventions, filing around 4 per cent more applications at the EPO in 2018. It was their strongest growth since 2010. What stands out from our statistics is that the increase in European patents filed at the EPO came from all major industrial regions. This is good news for the European economy: it indicates that Europe is a hub of innovation and an attractive and important technology market for innovators to invest in.

According to a recent joint study by the EPO and the EU Intellectual Property Office, industries with high use of intellectual property rights (such as patents, trademarks and design rights) account for around 39 per cent of jobs, 45 per cent of GDP and 81 per cent of external trade in the EU.

Applications from Germany – Europe’s largest filing country – increased significantly last year, which was mainly due to an upward trend in the automotive sector and related areas, such as sensors and other measuring devices. Other countries with solid growth were Denmark, Belgium, Switzerland, the UK, Sweden, Spain, and Austria.

China is, of course, also a country to watch. Patent applications from China at the EPO grew by 8.8 per cent last year, and the country is now among the five most active countries.

Between 2008 and 2018, European patent applications filed by Chinese companies saw an over six-fold increase. The steep growth is mainly linked to China’s strong technology portfolio in the ICT sector. For the second year in a row, the Chinese company – Huawei – was among the top patent applicants at the EPO in 2018, reflecting China’s continued strength in digital communication and computer technology.

By the way, US remained the most active country of origin, accounting for 25 per cent of total filings at the EPO, followed by Germany (15 per cent), Japan (13 per cent), France (6 per cent) and China (5 per cent). Nearly half of all patent applications at the EPO come from Europe, with our 38 EPO member states accounting for 47 per cent.  The combined share of China, Japan and the Republic of Korea was 23 per cent.

What about Lithuania in this context?

The positive development in Europe also extends to Lithuania, where the number of European patent applications went from 24 in 2017 to 37 in 2018. In terms of patent applications per million inhabitants, Lithuania, with 13.2, is ahead of other countries such as Hungary, Greece, Slovakia, Latvia, Bulgaria, Croatia and Romania, but still well below the EU average of 139. This again underlines the need to raise awareness of the patent system among innovating businesses here. There were also 105 national patent applications filed at the State Patent Bureau of the Republic of Lithuania in 2018

A good example of a university researcher who has successfully patented his invention is KTU professor Arminas Ragauskas, who was a finalist in the EPO’s European Inventor Award 2016 in the category SMEs. The Lithuanian scientist along with his colleagues Gediminas Daubaris and Algis Dziugys from the Health Telematics Science Institute at KTU invented devices to safely measure brain pressure. These inventions enable fast and safe diagnosis of traumatic brain injury, strokes, glaucoma and brain tumours.

How do you see the potential of European countries in terms of innovation and patenting?

Europe’s strength lies in the diverse and evenly spread technology portfolios of its companies and research institutes, which lead in technologies ranging from medical technology to digital communication, transport and life sciences.

Generally-speaking countries which perform well tend to have high levels of innovation across a wide range of technologies and good connections between universities and industry. Raising the awareness of the importance of patents and other forms of intellectual property, in particular among small- and medium-sized enterprises and research institutes, is an important factor in boosting innovation.

What, in your opinion, are the future trends, say, 5 or 10 years down the road? Will the leading sectors change? Are there any sectors still in the early stages, but in the future, the number of patents would increase?

The rapid development of emerging digital technologies such as the internet of things, connected objects and artificial intelligence is driving innovation. According to our study on “Patents and the Fourth Industrial Revolution (4IR)”, over 5 000 patent applications for inventions relating to autonomous objects were filed at the EPO in 2016 alone and in the three years leading up to then, the rate of growth for 4IR patent applications was 54 per cent, compared to the overall growth rate of 7.65 per cent for all inventions. We have seen an unparalleled growth in the number of AI inventions too: Nearly 6 000 patent applications were filed at the EPO between 2011 and 2016.

In the field of self-driving vehicles, a recent study we published showed that both the automotive and ICT sectors are undergoing significant transformations. Investment in R&D for self-driving vehicles (SDVs) has been substantial and resulted in a steep growth in patent applications. Between 2011 and 2018, patent applications related to SDV technologies outstripped the baseline rate of growth across all technologies twenty-fold: Compared to 16% for all technologies, the EPO noted a 334 per cent increase for SDVs for the same period.

A similar trend has been reported for inventions on the blockchain. There are now some 4000 patent families related to this field, with the majority of them having been filed since 2015. AI and blockchain are being applied to an ever-increasing variety of technical fields and the EPO is continuously improving and developing our processes and services to best respond to the changing needs of inventors and industry.

Patenting is perceived as a process in which industry is the main stakeholder. What is the role of scientific institutions here? Do they matter? And what government decisions lead to an increased number of inventions?

Patents are not just for large companies. At the EPO a significant proportion of our applicants are smaller entities. In fact, some 30 per cent of EPO applicants are SMEs, entrepreneurs, universities or public research organisations. It is essential to continue facilitating their access to the European IP system in order to commercialise their inventions on the European market. It has a tremendous impact on growth and job creation.

A recent study released by the EPO and EUIPO – entitled “High-growth firms and intellectual property rights” – showed that there is a strong link between SME growth and the use of IP rights. The study shows that SMEs applying for “bundles” of patents, trademarks or designs, instead of just one single IP right category, have a greater probability of experiencing high growth than SMEs that do not. Added to this, the study highlights European patents and European trademarks clearly linked to higher growth.